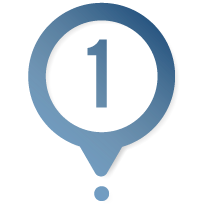 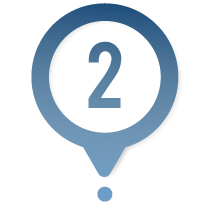 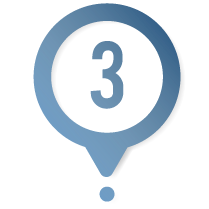 This guide has been created to support staff and students at All Saint's College to understand the LGBTQI+ movement and terminology.

What does this guide do?

What this guide does

This guide is designed to help staff and students navigate the complexities of the labels and terms associated with the LGBTQI+ community. It is important to remember that this is only a guide and not a definitive description of what it means to be gay, bi, trans or any other term that you may come across. Sexual and gender identity are complex ideas, and it may be that people using these terms to describe themselves may use them differently from what this guide suggests. Identity is a personal thing, and definitions change over time or across contexts.

Furthermore, it is important to recognise that this guide focuses on sexual identity and the intersectionality between gender, class, race, and ethnicity can mean that these definitions only tell part of the story.

I hope that this guide helps you use these terms more comfortably and provides some reassurance that there are a number of resources to help you navigate this space.

LGBTQI+ in a nutshell

Lesbian: women (or those who generally define themselves with she/her pronouns) who are attracted to other women

Gay: generally used to refer to men (or those you use he/him pronouns) who are attracted to other men. Can also be used as an umbrella term for anyone who is not heterosexual.

Bi: someone who is attracted to both males and females. May also be used as an umbrella term to describe people who are attracted to more than two genders, for example, non-binary people.

Trans: an umbrella term for people whose gender identity does not match their sex at birth.

Queer: an umbrella term for sexual or gender identity that fits outside expected (heteronormative) social norms. Can also be used to describe those people who deny binary opposites (e.g. male/female, masculine/feminine). As it has been used as a slur in the past some, LGBTQI+ people may be uncomfortable with this term.

Intersex: people whose anatomy does not fall clearly into either male or female sex categories. In Australia estimates are 0.59% (or 1:169) live births are intersex (Australian Institute of Health and Welfare, 2009).

+: refers to other sexual and gender identities (some of which are defined below) and allies, those people who work to promote LGBTQI+ rights but would generally consider themselves to be heteronormative.

Asexual: someone who is not sexually attracted to any gender

Aromantic: someone who is not romantically attracted to any gender.

Cisgender: someone whose gender identity matches their birth gender

Dead Name: a reference to a name given at birth that reflects the gender that the person no longer feels matches their identity.

Heterosexual: someone who is attracted to the opposite gender. Usually used in relation to people who are cisgender, but may also be used in relationships where one or both partners are trans.

Non-Binary (also NB or enbee): someone who identifies as a gender other than male or female.

Pansexual: attracted to someone regardless of gender

Insight's return sees Jenny Brockie discussing what it's like coming out in a faith based family. She chats to families and individuals about how this has impacted their familial and religious bonds. Coming out as LGBTQI+ is often challenging, but for those growing up in a religious family or community, the journey can be a lot more complicated and the risks severe. How do people reconcile their faith and sexuality, and what happens when they can’t?

Julie McCrossin charts the rise of Australia's LGBTQI rights movement. From the first Mardi Gras to legislative and social changes we hear from those who put everything on the line in the fight for equality.